Wouldn’t it be exciting to gather evidence about the impact of coaching services to support startups? It was with this idea that we applied for an Innovation Growth Lab grant back in 2015. Driven by our delivery partner, an accelerator with a lot of experience offering business coaching services to tech startups, we set out to evaluate the impacts of their coaching. We decided that a randomised controlled trial would be an appropriate but innovative method and were successful in our application to the IGL Grants Programme. A few years on, here are our reflections and lessons that we hope will be useful to others undertaking similar experiments.

The plan was clear – a two-armed RCT testing the effect of business coaching on venture survival, carried out in the German region ‘Baden-Württemberg’, one of the most innovative regions in the EU. Among the population of tech startups, we had planned to sample 450over three years as part of the experiment. The business coaching intervention was to be carried out by our delivery partner to 150 of these young ventures. Funded by budgets of the European Social Fund, the coaching could only be provided to 50 startups per year. We calculated the statistical power and potential effect sizes for the later data analysis, elaborated on a proxy to measure survivability stages of the sampled startups, planned how to survey them and collect follow-up data, prepared and tested the randomisation process. We were confident that nothing fundamental could go wrong… however, the reality proved different!

After running the RCT for two years, we started analysing the data collected in the first half of the experiment. Partly lifting the anonymisation of the data to match startups with the received coaching hours, it turned out that attrition between groups by far exceeded our expectation. And even worse: we had 64 startups that had received coaching, even through  they were not part of the sample. Of course, we could still analyse the data, but the findings were rather unspectacular and even slightly counterintuitive. Comparing the survival capability between the contaminated treatment control groups, data did not show any statistically significant difference. Yet, when disrespecting the ITT (intention to treat) principle, the group which had actually been treated performed better than the randomised treatment group. We have come up with two theories that could explain this difference: either business coaching in fact contributed to an increase in survivability and we would just need more startups and a longer experiment duration to find proof for the effect, or we might have witnessed some sort of self-selection bias where those startups that have better survival prospects are also more prone to request receiving business coaching support.

So now you know about our story and about what potentially can go wrong with your RCT… If you have any questions or comments, leave us a message and we are happy to get in contact and provide further advice to researchers conducting RCTs in a similar context!

This RCT was funded by the IGL Grants programme. 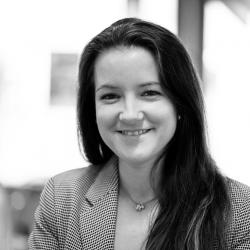