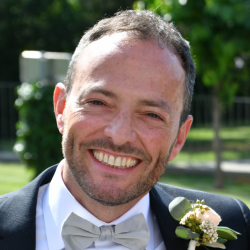 Patricio is Associate Professor at the Department of Economics of Tilburg University. He received his PhD in Economics from the University of Warwick and he has previously held senior positions at the Argentine Ministry of Economy and the Inter-American Development Bank. His research focuses on the interaction between poverty and economic decision-making, using both theory and experiments in the laboratory and the field. His academic work has been published in leading economic and interdisciplinary journals. He has served as reviewer for NWO (Netherlands), ESRC (UK), NSF (USA), FWO (Belgium), Oxford and MIT University Press and most of the top economics journals, and as member and adviser in several PhD committees. He has won several awards and grants for both research and teaching. Most notably, he is one of the lead researchers in a EUR 5 million Grant awarded by the UK Department of International Development to study barriers for innovation and productivity growth of small and medium size firms in ten different countries in Africa and Southeast Asia.