Should entrepreneurs be supervised?

What is the first thing an investor should think about when entrusting their money to an entrepreneur? Other than hoping they will someday get their money back, they would probably expect regular reports about the venture’s progress. The more concerned one is about the outcome of an investment, the more likely one will want to supervise what the entrepreneur is doing - perhaps even tell them how to run their business. Should an investor follow the instinct to control the situation or trust that the entrepreneur will do their best when left alone? Besides, isn’t autonomy what lures founders into entrepreneurship in the first place? Perhaps they will take issue with the idea of having to report back?

Jointly with co-authors Juanita Gonzalez-Uribe and Edgar Kausel, we conducted a randomised controlled trial with the goal of better understanding the mechanism of structured accountability on new venture performance. Because business accelerators are akin to business schools but for entrepreneurs, it is important to understand how accelerators can improve their support of new venture performance.

The two-and-a-half-year experiment consisted of monthly instances of structured accountability during startups’ six-month tenure in the Start-Up Chile business accelerator. Treated participants were asked two questions during each intervention: ‘What would you say are the key strategic tasks you need to work on until our next meeting?’ and ‘how was your progress on the committed tasks since our last meeting?’ In contrast, control group participants received the same accelerator services, but were not requested to discuss these two monthly questions.

Regardless of their treatment condition, two different instances were provided to all participants: platoons and boards. Platoons were regular meetings (at roughly two-month intervals) with a small group of program peers and moderated by a program staff member, to encourage the exchange of experiences and lessons among the entrepreneurs and receive guidance. Boards consisted of regular meetings between individual startup founders and a panel of two to three industry experts. These meetings were held such that entrepreneurs participated alternately in either the Platoon or the Board activity once per month.

Treatment and control groups were compared against each other in terms of their average venture performance (gathered primarily from online data), perceptions about the supervisory structure (gathered from end-of-program surveys), and general sentiment towards the business accelerator (acquired through in-depth interviews, content analysing 250 pages of transcriptions).

What does the experiment teach us?

We found significant evidence that treated entrepreneurs perceived a greater level of control and supervision relative to the control group participants and that they felt a significantly greater commitment to execute the articulated tasks (they committed to execute 2.8 times more tasks than the control group entrepreneurs). Surprisingly, entrepreneurs not subject to the structured accountability intervention still felt compelled to spontaneously commit to executing tasks. On average, control-group entrepreneurs committed to execute 1.4 tasks per session. This difference is important, as it shows that the experiment was correctly implemented.

In contrast, our quantitative analysis demonstrated that to the extent that our research setting is generalisable to other settings, we can conclude that these types of supervisory structures are not a good use of time and resources for new venture performance. We do, however, hope to provide an important stepping stone on which to build future experiments that may want to emphasise certain features of structured accountability.

Despite this, we have found a counter-intuitive result that has emerged from our qualitative analysis. Despite structured accountability not having a performance-enhancing effect on venture performance, participants developed a very different sentiment towards the business accelerator depending on whether they were in the treatment or control group. While treated entrepreneurs perceived that the accelerator provided much more support to expand internationally (something that was provided equally to all participants), they did find the accelerator imposed ‘too many obligations.’ This comes in stark contrast with control group entrepreneurs who were much more likely to describe the accelerator as ‘bureaucratic.’ Thus, the structured accountability set the supervision of tasks in a positive light relative to its counterfactual.

In terms of the specific settings of Boards and Platoons, treated and control group entrepreneurs also expressed significant differences. Treated entrepreneurs appreciated the structured accountability delivered in the boards and expressed that it helped them to plan, focus and work within a given scope of action. In contrast, and inversely consistent with the positive sentiment declared by treated participants, control-group entrepreneurs declared emotions of frustration and anxiety towards the boards. It appears that the lack of an expected structure on behalf of the board caused entrepreneurs to feel uneasy and lost as to what to expect and how to react.

What do our findings mean for those promoting entrepreneurship? 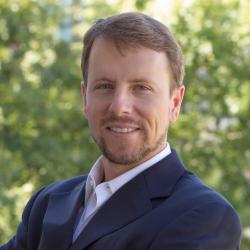 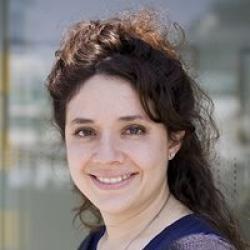 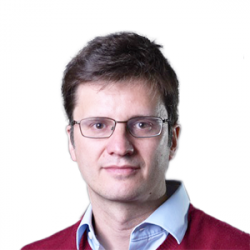