Developing countries have increased their interest in promoting entrepreneurship and innovation initiatives in Small and Medium Enterprises (SME) as a part of their economic development policy agendas. In this matter, the traditional approach has been to allocate resources to eliminate capital access barriers through a variety of financial instruments and behavioural practices (see Karlan & Morduch, 2009).

However, can we be sure that once financial resources are obtained, SMEs would indeed establish themselves and grow? Probably not, as they would still face a lot of challenges, such as setting and monitoring Key Performance Indicators (KPIs), developing a pricing and marketing strategy, recruiting the right personnel, entering new markets, introducing new products, negotiating with suppliers, and setting goals among many other tasks.

In this sense, a more recent study points out that the most challenging problems for SMEs lay in the lack of managerial capital (Bruhn, Karlan, & Schoar, 2010). This can be seen as the capacity to make right decisions in crucial aspects such as strategic planning, choosing suitable investments, setting a business plan and adapting to unforseen changes. Therefore, helping SMEs to build this type of knowledge has gained popularity, especially through training programmes and consulting services.

Evidence for training programmes on general business skills (such as marketing, pricing and costing, customer service, inventory management) points to relatively modest impacts, although most evaluations have faced several challenges that hampered their results (for a review of several evaluations in different contexts like Tanzania, Mexico, India, Vietnam, among others, see McKenzie & Woodruff, 2013). On the other hand, evidence regarding consulting services seems scarce, but shows promising effects (see Bruhn, Karlan, & Schoar, 2013 for a Mexican case; Mano, Iddrisu, Yoshino, & Sonobe, 2012 and Karlan, Knight, & Udry, 2014 for interventions in Ghana; Bloom, Eifert, Mahajan, McKenzie, & Roberts, 2013 for a programme in India).

Thus, it may seem that these types of programmes do help SMEs to transform their inputs into better outputs that lead eventually to growth and sustainability (a key aspect for the ultimate success of these agendas), although much is still to learn. For instance, could they be useful in environments with political, social, and economic instability? This is the main purpose of our trial, which assesses if tailor-made advice for Venezuelan SMEs can improve their survival rates and managerial practices.

Venezuela has been through a tough political and economic situation, which has made doing business a titanic quest, especially for SMEs. The International Monetary Fund estimated that (hyper)inflation rate escalated to 929,790% in 2018, along with a GDP reduction of 46% between 2015 and 2018. The political and social situations have added yet more challenges, since thousands of protests (some of them massive) occur every year. Other problems include insecurity (the country has one of the world’s highest murder rate), electricity supply (daily power cuts are usual in some regions and a few national blackouts have occurred), and internet speed connection (Venezuela occupies 175 position out of 177 countries in the Speedtest Global Index). Thus, one can imagine how difficult it must be for any SME to plan (even aiming at a short term horizon) and operate in these circumstances, especially when lacking managerial capacities.

That’s why Fundación Ideas (FI), a local NGO, designed “Avanza”, a programme that offered free tailor-made consultancies for nine months, based on an individiual diagnosis and a work plan for each firm, combined with a series of workshops in key aspects. Prominent professionals from different specialist areas (most of them who have already worked with FI) led face-to-face or online consultations.

Regarding the trial, 190 SMEs are part of this evaluation: 95 SMEs were chosen to participate in this programme, while the other 95 became the control group. We intend to measure the impacts on firm survival, which is already a huge and difficult task, given the context. Thereafter, we would try to go further and look into other relevant outcomes such as firm productivity and expansion practices, as well as drivers like managerial practices and entrepreneurial orientation. Nonetheless, this deeper analysis will depend upon evaluation challenges, such as attrition.

The programme had a relevant positive effect on firm survival that was concentrated in larger firms (>10 workers). The magnitude of the effect was of 21 percentage points and it was statistically significant at 5%. On the contrary, this effect did not occur for smaller firms (≤10 workers), as the survival rates of those firms in both treatment and control groups were identical.

In comparison to smaller firms, larger firms had higher compliance rates, received more hours of advisory services, and showed more commitment towards the programme. Thus, they had a higher and better involvement in the programme. They also had stronger managerial skills before the programme began, as well more operating experience.

These results suggest that even though the programme showed promising results, it might not be adequate for all SMEs in this challenging context. To benefit, firms needed to be prepared to keep up with  requirements of attention and time availability while simultaneously handling regular operations, which can be particularly difficult in Venezuela and similar contexts because of uncertainty and other obstacles that emerge on a regular basis. It can even be more challenging for smaller firms, as they frequently do not have enough human resources. In fact, 47% of smaller firms dropped out of the programme at some point, versus 27% of larger firms.

Thus, we believe such programmes could show better results with improved targeting, especially for smaller firms, and with screening firms without an adequate motivation or enough capacity to engage. A potentially cost-effective way of doing so would be to align firms’ ex-ante expectations with the programme’s reality in terms of its scope and their obligations. This could be very helpful if some firms had no idea that the programme demands such commitment  from their side. Another option is to add monetary costs to any withdrawal, such as an exit penalty, or a fee for registration or participation.

Finally, we could not conclude whether the differences on survival rates in larger firms were a consequence of the programme’s impact on managerial skills or if there is other mechanism at work instead. The elevated levels of attrition during the information gathering of the first follow-up impeded us to establish such a conclusion. Therefore, this will continue to be a relevant area for future studies.

The trial was funded by the IGL Grants programme.

McKenzie, D., & Woodruff, C. (2013). What are we learning from business training and entrepreneurship evaluations around the developing world? The World Bank Research Observer, 29(1), 48-82. 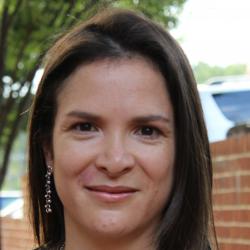 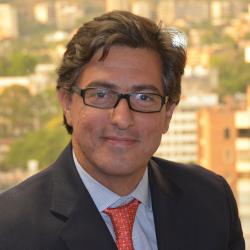 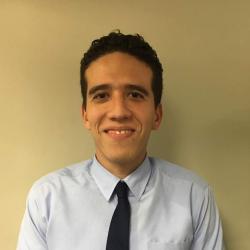