International Women's Day: Why the gender gap in innovation matters

On International Women’s Day, we invite you to join us in celebrating female scientists, inventors and entrepreneurs, whose work radically transformed all areas of our lives. Some, like rocket scientist Mary Sherman Morgan, physical chemist Barbara S. Askins, or computer scientist (and US Navy rear admiral!) Grace Murray Hopper, succeeded in traditionally male domains. Others used their talent to reduce the burden of household chores typically assigned to women: think of Josephine Cochrane’s dishwasher or Marion Donovan’s disposable diapers. Many drew on their own lives and needs for business ideas: Sarah Breedlove, dissatisfied with existing products, developed her haircare line specifically for African-American hair; Mary Phelps Jacob designed the first modern bra so that she could wear it under her ball gown; Marie Van Brittan Brown created the prototype of a home security system because she felt unsafe in her Queens apartment.

These examples, and those of countless other female scientists and inventors, prove that groundbreaking ideas for innovation and business come from all walks of life. They are all the more impressive given the obstacles women (and particularly women of colour) had to face in the arenas of science and business historically reserved for men. Indeed, many women were denied recognition for their work: Rosalind Franklin’s invaluable contribution to the discovery of the DNA double helix was initially relegated to a single-sentence acknowledgement; Stephanie Kwolek, inventor of Kevlar (a fiber used in bulletproof vests), never benefited financially from her invention.

Science and innovation remain heavily male-dominated fields to this day, and progress is slow: a recent study estimates that if we continue at the current rate of change, it will take 118 years to reach gender parity among inventors in the US. Even in progressive Sweden, the gender gap among inventors is closing at a slower pace than in other areas of society. Women are also underrepresented among entrepreneurs, particularly in high-growth sectors. This can be partly put down to child-rearing, and the pervasive social norms dicating who does the housework. Furthermore, when it comes to innovation and entrepreneurship, women face additional constraints that stem from gender differences in access to information, support and financing.

For some of these constraints, the way individuals’ tend to form connections with others who are similar to them can be to blame. Homogeneity can lead to unequal access to information and/or opportunity between the groups. Consider job referrals: both men and women are more likely to refer someone of their own gender for a professional opportunity, reinforcing labour market segregation. Networks play a crucial role in shaping aspirations too: the fact that women are less likely than men to personally know an entrepreneur contributes to the gender gap observed in the propensity to start a business. On the flipside, girls who grow up in a neighborhood with a higher share of female innovators are more likely to become innovators themselves. 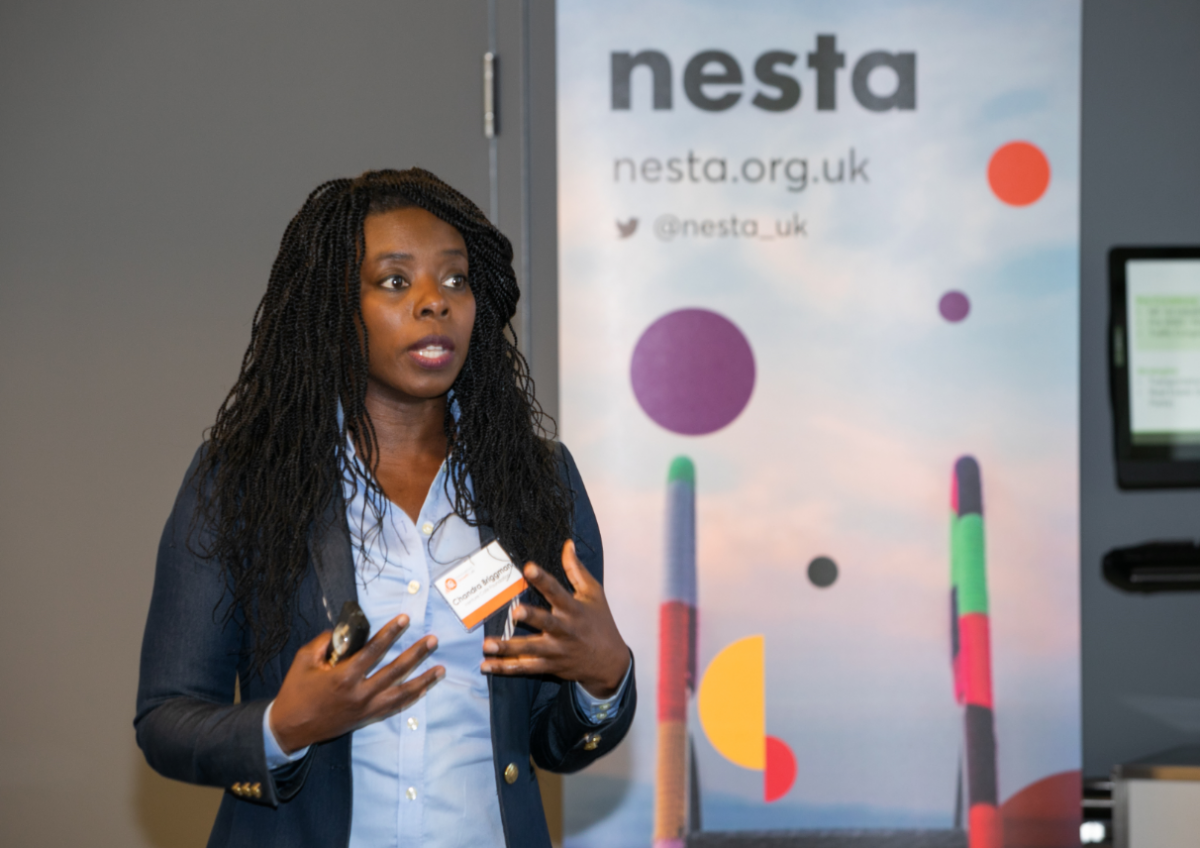 These differences in exposure perpetuate the harmful stereotype that to succeed as an entrepreneur or innovator, one must be a white, cisgender man. Media portrayals of “lone wolf” founders downplay the importance of collaboration and teamwork (and often ignore the crucial role that spouses play in early stages of ventures). These stereotypes harm women’s self-assessment and reduce their willingness to enter competitions or to contribute their ideas: the often-discussed gender gaps in competitiveness and confidence are most pronounced in domains that are considered stereotypically masculine.

These factors also limit female founders’ ability to secure funding for their businesses. Gender differences in networks mean that women may be unable to reach potential investors, who are mostly men. Even when they get to talk to investors, women might stand to gain less from negotiations than men. Strikingly, investors seem to prefer pitches from male entrepreneurs over those from female entrepreneurs, even when the content of the pitches is identical. It is no surprise therefore that female founders obtain less equity capital for their businesses than their male counterparts, and receive less favourable terms on bank loans. Barriers against women in accessing finance may explain why female-owned businesses are more common in low capital-intensive industries, which require less funding but have a lower potential for growth and development. 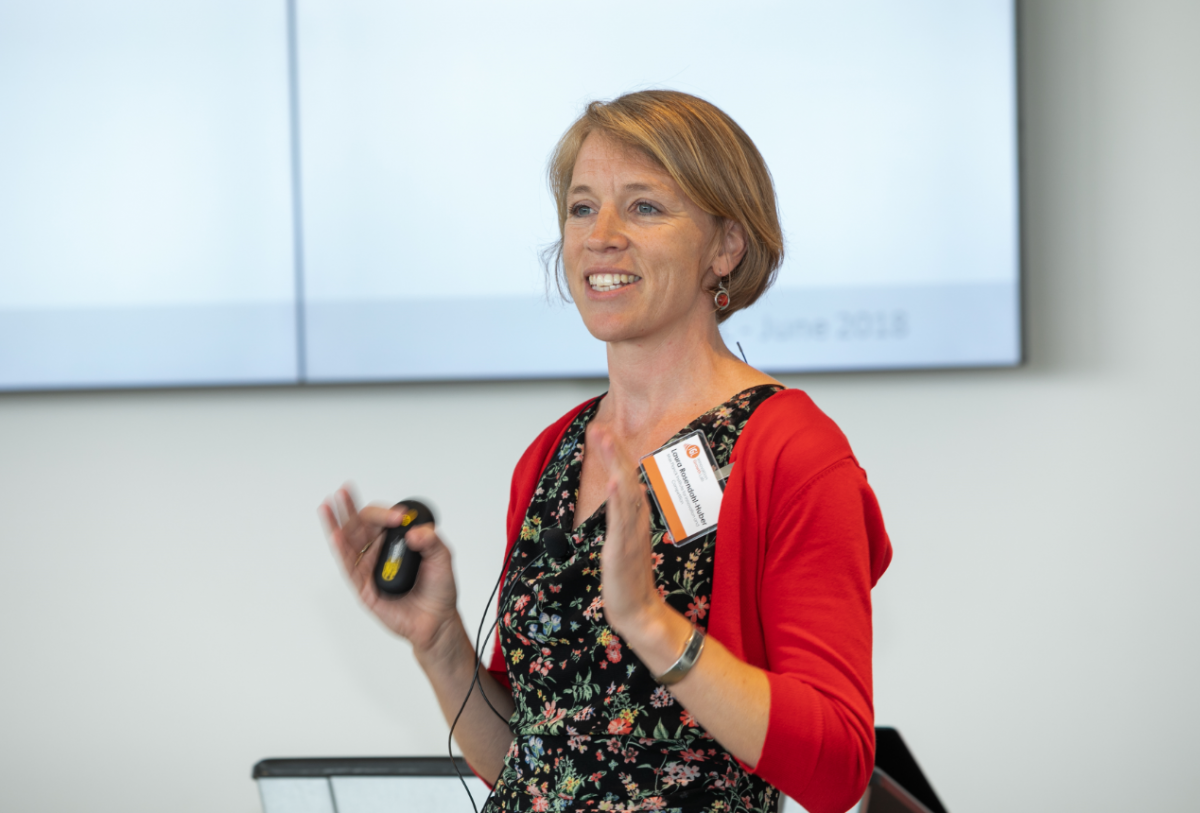 The same factors that limit women’s access to private capital may also affect their chances of receiving grants from government agencies or non-profit organisations. Evaluators’ apparent bias against female applicants may reflect sexism, but it could also result indirectly from favouritism towards applicants from the evaluator’s personal networks, or from a preference for ideas closer to their own expertise.

It is important to recognise that barriers to female innovation and entrepreneurship are not only a concern for the women they directly impact: given that great ideas are getting harder to find, we cannot afford to waste scarce talent by discouraging half of the population from inventing. There are many different ways of tackling this problem, from supporting women’s professional networks to offering innovation funding specifically for women and members of underrepresented minorities, and changing the stereotypes surrounding science, technology and business. Encouragingly, providing female entrepreneurial role models can improve female students’ self-efficacy and attitudes toward entrepreneurship. Awarding science and innovation funding through partial lotteries could completely eliminate gender or racial bias in evaluation.

"Given that great ideas are getting harder to find, we cannot afford to waste scarce talent by discouraging half of the population from inventing"

At the Innovation Growth Lab, we will continue to work with our partners to explore and seek experimentation solutions; not only out of fairness and equity considerations, but also because we believe - and we hope that our opening examples have convinced you, too - that everybody benefits from making entrepreneurship and innovation more inclusive.