Is innovation slowing down? If so, what can be done about it?

We suggest three main areas of action which should be explored by those managing R&D and innovation budgets in order to increase their impact.

It’s common to assume that the pace of innovation is accelerating. Every week we hear about new advances in artificial intelligence (AI), materials, genetic treatments or new kinds of high-speed aircraft. The speed at which new technologies spread certainly seems to have accelerated - with smartphones or apps like Instagram reaching their first billion users far faster than in the past.

But this common sense view may be misleading. In many ways, innovation is slowing down. For example, research by Benjamin Jones has shown that the time it takes to make significant new discoveries in science has grown, along with the number of people needed to collaborate on break-through science projects. One result is that the average age of Nobel Prize winners has increased steadily.

The slow-down may be endemic. Sectors like aerospace are still based around technologies that are half a century old, while most cars still use the internal combustion engine, invented in the 19th century. Last year we published Nesta’s report on the biomedical bubble, which included the diagram below summarising the evidence that, over the past 50 years, biomedical R&D productivity has steadily fallen, despite significant increases in public and private investment. New drugs cost much more than they used to. 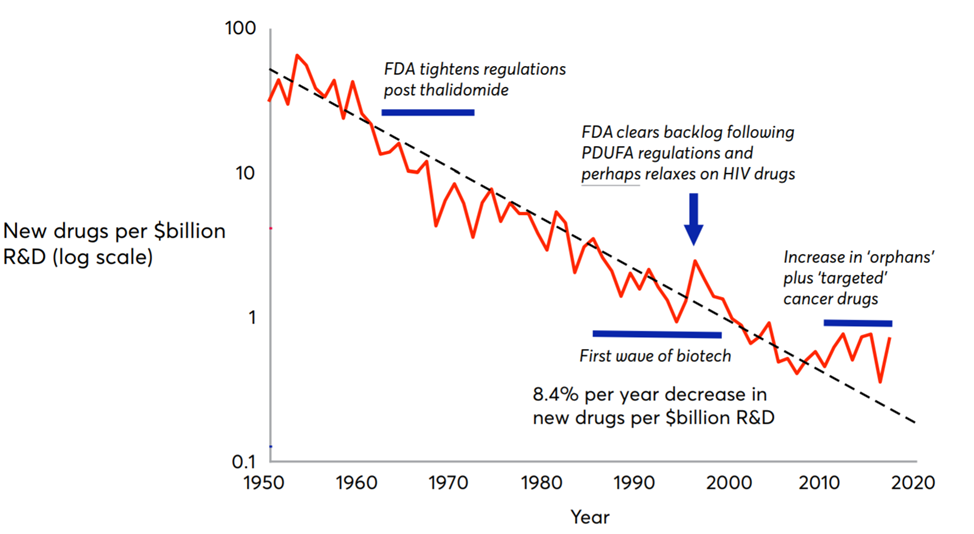 More recently, a study by Nick Bloom and others suggested that research productivity has been in decline right across the private and public sectors. The study revealed that as the number of researchers has risen, and public investment in R&D has increased, productivity growth has stagnated. They find that ‘more than 20 times as many researchers are needed today to generate about the same amount of productivity growth as 80 years ago’.

The study revealed that as the number of researchers has risen, and public investment in R&D has increased, productivity growth has stagnated.

They also show that this trend of declining research productivity holds across many different fields, including computer chips, crop yields or medical innovations. 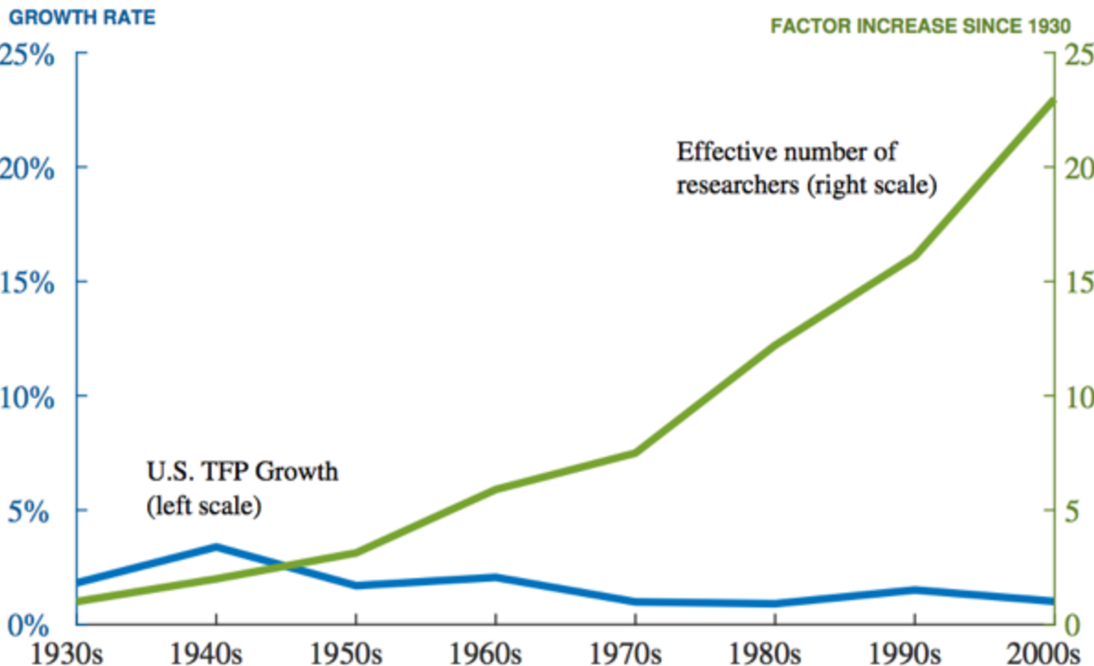 Some may consider that these declining rates of return are a reason to cut public investment in R&D and redirect the limited funding to other priorities. Others, on the contrary, may argue that now, more than ever, we need to increase R&D investments to reverse the productivity slowdown. Whether you sympathise more with one view or the other, a key question we should be addressing is what can be done to increase the returns to R&D. This is a territory which should be guided by facts and evidence, not by intuition or interests, so we think it’s important to face it squarely.

So, what are the options? What could turn around this remorseless decline in productivity? We suggest three main areas of action which should be explored by those managing budgets in R&D at public funding agencies and large companies.

A first step is to use technologies which have the potential to accelerate invention. Machine learning, in particular, may turn out to be a game-changer. According to a recent NBER paper machine learning could be the “invention of a method of invention”. Used in the right ways it could greatly accelerate the development of new materials or drugs, though this will depend ‘in each case, on having access not just to the underlying algorithms but also to large, granular datasets on physical and social behavior.’

Machine learning, in particular, may turn out to be a game-changer.

A parallel is double-cross hybridisation which made possible the development of a wide range of new corn varieties, optimised for different conditions. The thesis is that the application of AI machine learning to everything from protein folding to drug discovery could accelerate the pace of R&D and turn around the productivity problem. For now, however, we don’t know whether this will be the case. We’ll only find out through vigorous and rigorous experimentation.

The use of new methods for R&D

A second step is to break free from the conservatism that dominates much of the management of R&D around the world. Most use methods little different to those used half a century ago. We recently published a Compendium of Innovation Methods, ranging from challenge prizes to crowdfunding.

But it’s striking how few of these methods are used by the main funders (and how little experimentation there is with newer ones, such as randomised funding).

All of these are in use in some places, and have been used by Nesta in its practical work. But it’s striking how few of these methods are used by the main funders (and how little experimentation there is with newer ones, such as randomised funding). It’s also striking how rare it is for funders to apply the scientific method on themselves - setting out experiments to test hypotheses, using control groups and gathering the necessary data. There are a few exceptions, like the National Science Foundation in the US. But most stick to the methods they’re used to.

At the very least, organisations should try different ways of funding research and should use good experimental research designs to find out which ones are most effective for different stages of the R&D process in different industries. The Innovation Growth Lab intends to move into this space; building on our success in using experimental methods in business support and innovation policy and applying them up-stream to scientific research.

A third vital step will be to make R&D better at learning. Data about research itself must be opened, curated and linked with funding information about what is funded, how it’s funded and what results are achieved. Our work in Innovation Mapping is beginning to show how this could be done with new tools for tracking innovation in real time. The emergence of new technologies and search engines, such as our forthcoming Clio and Rhodonite tools, can provide real time, sophisticated maps of technology evolution. Making this sort of data open, easy to combine and analyse will be key to making R&D more self-aware, more self-critical, and better positioned to trial new solutions.

So far, the slow-down of R&D productivity is not yet top of any political agenda. It’s hardly mentioned in speeches by ministers or agency leaders and, with only a few exceptions, agencies and funders are not yet seriously discussing potential solutions. But this is a problem that is likely to become much more visible in the years ahead if only because the patterns are so stark.

The big issue will be whether the main players wait for it to become a crisis, or whether they have the courage and good sense to act preemptively to solve their own problems.

Book your ticket now to the IGL2019 Conference in Berlin, where we will debate with leading policy makers, businesses and researchers what some of the solutions may be.

This blog was originally published on the Nesta website on 10 May 2019. You can read the original here. 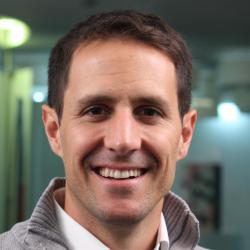