Encouraging entrepreneurship by graduate students: the role of proactive policies

The creation of new ventures by university graduate students is increasingly recognised as a critical component for the development of entrepreneurial universities (Wright, Mustar and Siegel, 2019). There is mounting evidence of a rising rate of new ventures created by students and a significant demand for entrepreneurship educational programmes and support initiatives at universities across the globe (Åstebro et al., 2012; Roberts & Eesley, 2011). Nevertheless, we still know very little about the most effective policy actions that can be implemented at the university level to enhance the participation of graduate students in entrepreneurial activity. In addition, the role played by university knowledge transfer offices (KTOs) in this process is often undervalued. KTOs are boundary-spanning units, which operate as supportive mechanisms for a smooth transition of research from academia to industry and society, through the provision of an integrated set of support services. However, such services often primarily target the university faculty and staff, ignoring the potential of graduate students as an engine of new venture creation.

Starting with this premise, our project addresses the following research question: “What is the impact of entrepreneurial communication and educational support implemented through university KTOs on the entrepreneurial intentions and actions of graduate students?” To answer this question, we conducted a randomised‐controlled field‐experimental study in collaboration with the Knowledge Transfer Office of the University of Bologna, in Northern Italy. A set of 411 Master’s and PhD Students of the University of Bologna in STEMM disciplines (Science, Technology, Engineering, Mathematics and Medicine) were randomly assigned to two groups: a group that received direct communication and educational support on entrepreneurship issues by the university KTO staff, and a control group that did not receive this type of treatment. The trial assesses the impact of receiving this form of entrepreneurial support by the KTO on a set of outcome variables related to the start-up formation process.

Our trial: setting, randomisation and intervention

The trial took place at the University of Bologna (www.unibo.it), which was founded in 1088 and is one of the most important higher education institutions in Europe. It was designed and implemented in close collaboration with the university’s Knowledge Transfer Office. The baseline data collection was designed as an online questionnaire delivered by the KTO among Master’s students from 9 Master’s courses and 15 PhD programmes of STEMM Schools (Science, Technology, Engineering, Mathematics, and Medicine). In this baseline data collection phase, starting in December 2018, we were able to collect a total of 482 responses to the baseline questionnaire from Master’s students and 161 responses from PhD students. From this initial set, we retained the students who provided the privacy consent and who declared an interest in entrepreneurship activities, and we randomly assigned them into a group of treated students versus a control group. Our sample was therefore composed of 206 graduate students in the treated group (164 Master’s plus 42 PhD students) and 205 graduate students in the control group (164 Master’s plus 41 PhD students).

The communication and educational support activities in entrepreneurship that constituted the treatment in our trial have been conducted for treated students by selected staff of the university’s KTO from December 2018 to February 2019. Such activities were implemented in the form of personalised emails on support initiatives that were available for entrepreneurship; direct face-to-face advise in 5 ad hoc scouting events that were expressly organised within the project at the premises of the KTO and of the university incubator; and subsequent individual guidance activities on new venture creation.

At the end of the intervention, we conducted a follow-up survey to measure the impact on a wide set of outcome variables related to entrepreneurship. We were able to receive 158 complete responses to this post-treatment survey (78 by treated students and 80 by control students), of which 131 were from Master’s students and 27 from PhD students. Our findings show positive and statistically significant improvements in the awareness of university initiatives in support of entrepreneurship and in the perception of the university environment as favourable for entrepreneurship among those graduate students that were randomly assigned to receive proactive support and communication by the KTO. It appears, therefore, that such initiatives have impacted on the “entrepreneurial mindset” in terms of attitudes toward entrepreneurship and perceptions of an entrepreneurial university environment. This evidence is especially pronounced in the sub-group of Master’s students. This finding is an important result, given that several studies have highlighted that the decision to engage in entrepreneurial activities is influenced by the perceived entrepreneurial climate and by the perception of the support that they are going to receive along the process, should they decide to be seriously engaged with entrepreneurship.

However, we did not find a statistically significant impact on the other outcome variables, such as actual involvement in creating a new start-up or participation in entrepreneurial initiatives. This aspect can depend on the type of intervention that we implemented (more focused on preliminary and early-stage support actions) and on the significant time-lag between the forms of institutional intervention and the observation of actual entrepreneurial behaviour. The results of our analyses thus suggest that this type of communication and educational support action is important for university and KTO managers and policymakers who are interested in proactively raising the perceived desirability of entrepreneurship as a career choice or as something that the university is offering to its students.

The trial was funded by the IGL Grants programme. 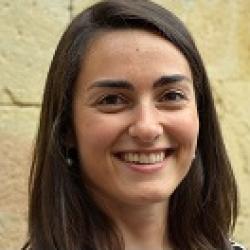