Diversity in the crowd?

By Michael Menietti on Tuesday, 18 September 2018.

Many platforms focus on software development and IT solutions, and in some sense may be inheriting an existing gender imbalance from those fields. However, even on Wikipedia only 13% of editors are women. The disparity is troubling on its own, but a labour market that excludes 50% of the labour force leaves a great deal of value on the table.

Luckily, there is a large literature in the social sciences examining gender differences and how they link to workforce participation. At IGL2018 we presented a research programme to apply what has been learned about gender and the workforce to crowdsourcing platforms. The goal is to understand how platform features can be designed to decrease the existing gender disparities.

Engagement in crowdsourcing platforms has several steps in what we call the crowdsourcing funnel. Members must first be recruited to the platform. Then some members will actively work on projects hosted on the platform. Finally, a still smaller group successfully completes projects. At each of these steps, the set of members is a small fraction of the members at the previous step (in our experience, roughly 10%). 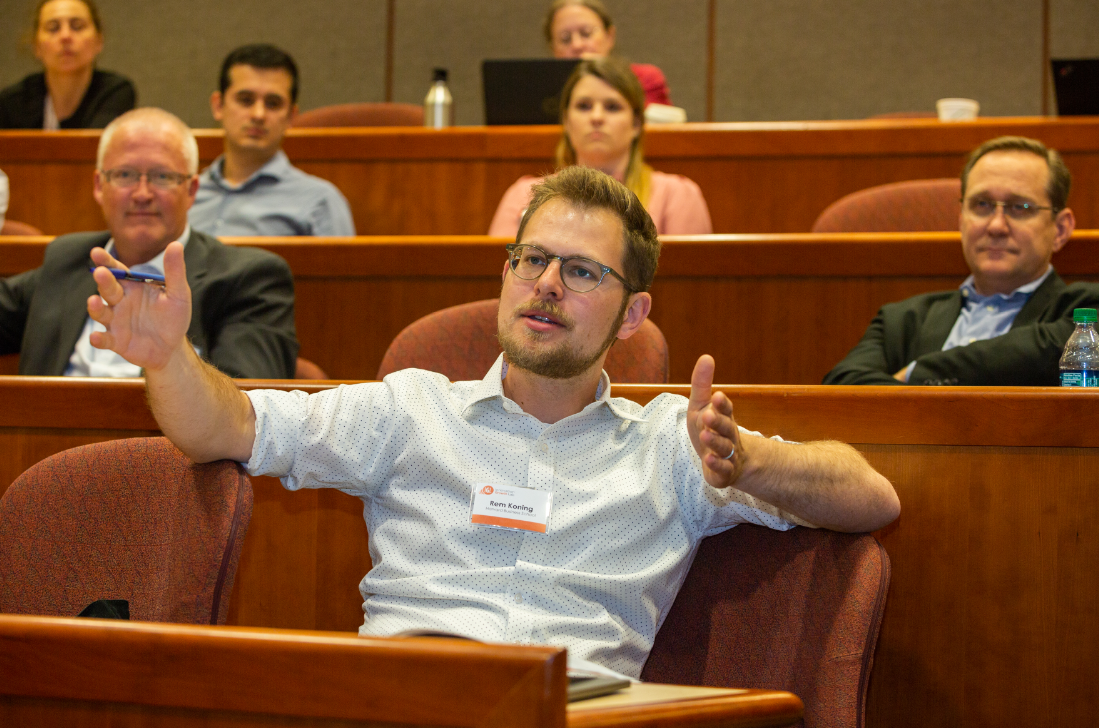 In cooperation with Hero X, we have begun two projects to focus on reducing the gender disparity at the recruitment and engagement stages. The first project examines the use of role models to increase the number of women coming to the platform. The second examines how reducing the cost of finding female collaborators can increase platform engagement from women.

Using role models to encourage desirable actions is a widely used tactic in marketing. We employed it to boost platform traffic from women. Previous winners on the platform were solicited to provide short biographies and photographs for inclusion in the platform newsletter. In total we created 18 winner profiles: 11 men and 7 women. Newsletter subscribers were randomized to receive one of these profiles. Preliminary results indicate that women presented a female role model were more likely to visit the platform and less likely to unsubscribe from the newsletter. However, the differences are not statistically significant. We anticipate that more advanced techniques to identify the gender of subscribers will boost the power of our analysis.

Concurrently, we are preparing to launch a second project to reduce the cost of finding a female collaborator on the platform. We think that increasing the visibility of female collaborators might increase the engagement of women on the platform. Our intervention may have both direct and indirect effects on participation from women. As a minority of the membership, women face more difficulty in locating other women with which to collaborate. By reducing the cost of finding a good teammate, the cost of participation falls, and women should be more likely to participate. However, the increased visibility may also boost participation even from those who do not join a team. Making women more visible may reduce the impression that the platform is a male dominated environment. That alone may boost participation from women. We expect to begin data collection this summer (2018).

Michael Menietti is a Research Scientist at Harvard University. He presented his paper, 'Gender Composition in Crowdsourcing Platforms' at the Research Meeting during IGL2018. The call for abstracts for our next Research Meeting are now live.