Big Loans to Small Businesses: How Can We Predict Winners and Losers in Lending?

Many businesses in the developing world are interested in taking out larger loans but face lenders who are hesitant to extend large sums of credit. While the academic literature has considered the impact of providing small loans to microenterprises there has been limited work that considers the impacts of providing big loans to small businesses. Are these loans riskier for the lender than standard loans? Do these loans make a sizeable difference in the businesses’ bottom lines? Are there some businesses who can take advantage of the loans well and others who may misuse them? If so, is there any way to predict which borrowers win and which lose when it comes to big loans?

To answer these questions, we collaborated with the Alexandra Business Association (ABA), Egypt's largest microfinance institution (MFI) to study the impact of providing larger loans to high-potential existing borrowers. Treatment borrowers were offered loans four-times larger than their previous loans, and control borrowers were offered loans that were two-times larger. When we compare the treatment group to the control group two and a half years later, we find limited evidence of transformative impacts. On average the treatment group reports profits that are 10% larger than the control group, but this difference is not statistically significant.

On the other hand, using novel data and new machine learning methods, we find stark heterogeneity and large impacts among specific groups. We find that top-performers (i.e. entrepreneurs in the top quartile of predicted treatment effects) see a large increase in profits, about 50% of the control mean, whereas poor-performers (i.e. those in the bottom quartile) are harmed, experiencing a similarly sized loss. We also find the same pattern for related and downstream outcomes. Firms in the top quartile of treatment effect for profits increase their wage bill by over 100% of the control mean and increase household expenditures by about 40%. In the bottom quartile, entrepreneurs reduce their wage bill significantly, and report a decrease in their mental health. Cost analysis shows that these loans were profitable for the lender as a whole.

We collected two different types of data before the loans were allocated. Our ‘standard’ data, which includes data that lenders often collect such as data associated with the business, like profitability and previous loan performance, as well as demographic data like age, gender and education. We also collected novel data that are more personal to the entrepreneur: cognitive data, including for example Raven's matrices and digit span recall, and psychometric data similar to the “big five'' measures of personality, but more extensive. We find that when only using ‘standard’ data, we do not discover any statistically significant heterogeneity, the heterogeneous treatment effects reported above are identified using the combination of psychometric and cognitive data. This suggests that (a) a lender seeking to identify those who will benefit most from larger loans will need to collect data that goes beyond what is usually collected by a lender, and (b) it is the characteristics of the entrepreneur, rather than the characteristics of the firm, that are important for determining the impact of increased access to credit for small firms.

Next, we consider whether existing lending practices are likely to support lending to top-performers.  To maximise an economy’s productivity, capital needs to flow to where it is best used. Yet lenders report that their primary considerations when deciding who to lend to is the borrower’s ability to repay. Indeed, in our sample, 70% of loan officers report that their primary consideration in lending is repayment, with another 20% saying it’s the second most important consideration. We directly measured loan officer beliefs and find that while loan officers believe that large loans will increase the chance of default by only 22% for poor-performers, this increases to nearly 50% for top-performers. Yet we find no evidence that top-performers are more likely to default. This suggests that loan officer may be allocating credit to firms inefficiently.

More generally, we believe a reasonable theory of practice is that lenders target capital expansion toward firms that demonstrate success with small loans, believing these entrepreneurs to be of a type that will be consistently successful.  This theory suggests preferential access to large loans would be given to firms that see the largest pre-post change in profits when assigned to the control group. We find that relative to poor-performers, top-performers see a smaller increase (or larger decrease) in profits between baseline and endline when they are placed in control, and this difference is statistically significant. This suggests that loan officers would be unlikely to see top-performers as successful firms, and hence unlikely to recommend them for further loan expansion.

Our results are suggestive of poor-performers sharing an entrepreneurial characteristic that we label being a ‘go-getter’.  Go-getters appear to be quite driven, responding positively to statements like ‘in life, failure is not an option’.  This characteristic perhaps explains, in part, why they do well with small loans. Go-getters are also more likely to agree with statements indicative of a gung-ho attitude, such as ‘I tend to act first and worry about consequences later’ and ‘when I make decisions I usually go with my first, gut feeling’. We conjecture that, with low levels of credit, these individuals are able to grow their businesses relatively quickly, perhaps because they make faster decisions, but that when credit constraints are significantly relaxed, they make overly risky and perhaps poorly thought-out choices. In essence ‘go-getters’ are classic Schumpeterian entrepreneurs: they seek to disrupt but are not necessarily successful in doing so. In contrast, top-performers are entrepreneurs who appear cautious and shrewd. They expand slowly with their own capital or a modestly sized loan, and when given the opportunity of a larger loan, they continue to find ways to expand and increase profits. Thinking about business expansion in this way adds much needed nuance to the discussion on the role of credit constraints: the existence of ‘go-getters’ suggests that expansion does not solely occur through the smooth movement along a Solow production function, but is instead (at least for some) characterised by risky jumps. This logic also helps explain why savings alone may be insufficient to remove misallocation on the intensive margin.

What can we learn about the impacts of borrowing?

Many policymakers consider supporting firm growth as a primary objective. Previous efforts have shown that this is a difficult task. The results from this study show that a relatively large infusion of credit could be one tool to help firms grow. Yet, as is clear from the analysis of heterogeneous treatment effects, this is not an economy wide prescription. While there are some firms who can benefit from a large expansion in borrowing, there are others that are harmed, even leading to firm exit. Some argue that firm closures could be useful in an economy. Since larger firms have higher productivity on average, one interpretation of our results is that these loans help the good firms grow, and let bad firms exit, opening up additional room for the most productive firms to flourish. While plausible, this line of thinking requires careful consideration of the human costs associated with failed businesses.

Another important implication of our work is the efficacy of psychometric data. We produce a six-question index that is predictive of treatment effects, but is potentially subject to gaming.  Individuals in our study were informed that their loan decision would not be based on their answers to these questions, our results do not reveal what would happen if lending decisions depended on the responses. Finding strategy-proof ways to detect which individuals would benefit most from large loans is a fruitful avenue for future research. 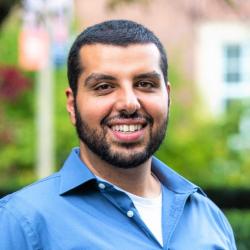 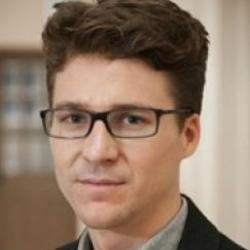 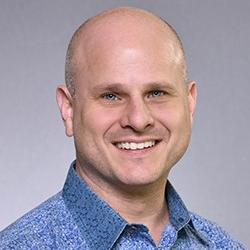